“Alright, everyone ready for fishsticks!”
“NOOOOO!!!”

Owen jumped from his chair and ran screaming from the room, hustling down the hall like a deranged train, as if I set his cars on fire. Leonora and I looked at each other in shared confusion and equal concern.

I went to the room and waited for him to thrash around in his pop up tent full of stuffed animals. Once the fur settled I reached a hand in to stroke his hair. He grabbed my hand and pressed it tightly against his face. Uh-oh, he’s melting down because he’s scared.

“Owen do you want to talk?”

Don’t rush him. Remember less talking when he’s upset. Firm touch not light. Turn the other sounds off…What about the fish scared him?

He has to be reminded of what’s real and make believe. If someone says the “sky is falling” he looks up. If a friend rejects him it’s not for that moment but forever. When a bully attacked him repeatedly it wasn’t just the kid he feared but then school itself.

He has trouble remembering simple instructions but he can read the time and sing entire musicals. He has difficulty recognizing and coping with others’ emotions but he loves us intensely and would climb inside the clothes on our backs if we allowed him. (He still loves to snake his arm up my sleeve and sleeps with my hand pressed against his face.)

In a flash I understood and with the excitement of Sherlock Holmes I crept towards the outside of the tent wall he was leaning on and softly asked, “Owen, you know that the fishsticks aren’t poop, right?”

His moaning ceased, his fidgeting stopped, and a relieved gasp was uttered, “D’ey not?!”

We have a weird tradition in our household that started with Leonora. 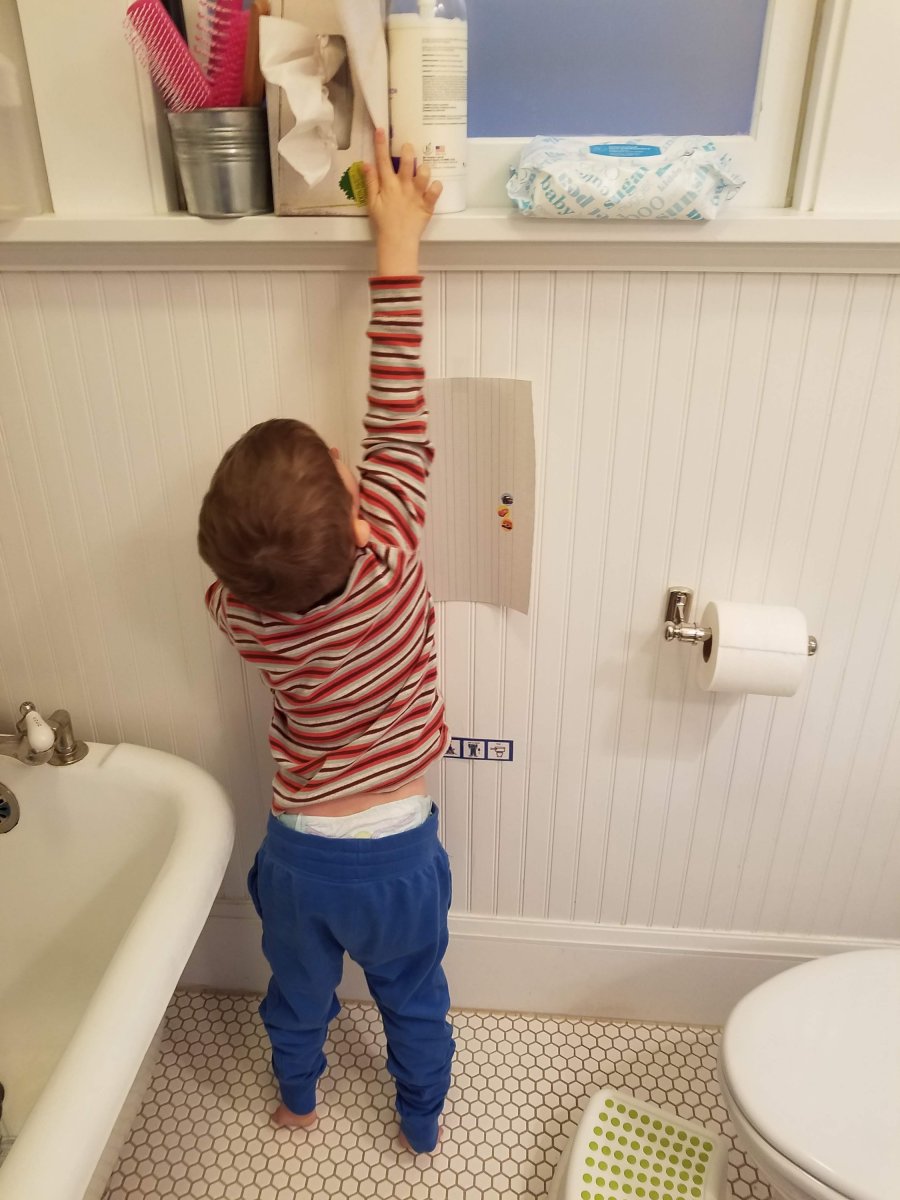 We encouraged her to poop on the potty as a toddler by telling her that her poop was happy to go in the toilet because it would feed the fish in the ocean. (I know, weird and slightly gross but not entirely inaccurate depending on your city’s sewage treatment.)

We would sing out after a successful deuce, “Bye-bye poop, go feed the fishes!”

It seemed only fitting to Leonora to carry on the tradition and she explained this to Owen who had just mastered pooping on the potty that day. Well-intentioned encouragement was misheard and Owen began calling out as he flushed, “Buh-bye, fishies!”

And with that his literal brain believed poop turned magically into fish.

I shook my head as the poop-penny dropped and pulled Owen onto my lap.

His whole body relaxed, his face beamed with delighted relief, and he hugged me tightly.

At least I got to the bottom of that one. (I know, I said it.) I’ll add it to my mental inventory of Owen-isms.

He’s speaking when they said we should accept he might not. He’s wanting and trying to have friends when before he had little to no interest. He’s reading, counting up to 50, and calculating simple sums.

Yet my sweet boy doesn’t yet understand when to fear things for his safety. He has no sense of danger. We have to remind him not to run into the street, that stoves are hot, that we don’t fling ourselves down the stairs, that climbing structures are for climbing not free falling.

We have stop signs posted throughout our house to remind him not to run outside without us, locks to stop him, baby gates so we can sleep without worrying of him wandering the house or outside, and cameras in case he does. There’s a baseline amount of stress about your child, that hypervigilance of caring for an infant, that others can let go of by the time their child turns five. We’re not there yet.

All those things might be true but unless your child exhibits similar or many of the same behaviors as ours you don’t get it, and that’s ok. If anything, I overshare these details in hopes of other parents like myself not feeling as alone and helping others identify the need to seek support for their child.

We’re far off from some milestones but maybe not. He’s proven professionals wrong before so we’re not there yet. Someday we will be but, much like other developmental milestones, Owen will reach them when he’s ready.