Nora and Owen fight over the Cinderella carriage nonstop. He thinks it’s part of his parade lineup of vehicles and Nora begs to differ. It’s been broken and repaired with superglue twice now.

Amazingly, (she says while throwing salt and pulling out an eyelash to wish upon) they rarely hit each other. Items are thrown, toys are fought over, but it’s unusual for it to come to blows.

Injuries are reacted to with sympathy, pats, coos of “oh”, and snacks are shared in consolation and restitution. If things are truly heated and the screaming is escalating to hair pulling and shoving. We dance. 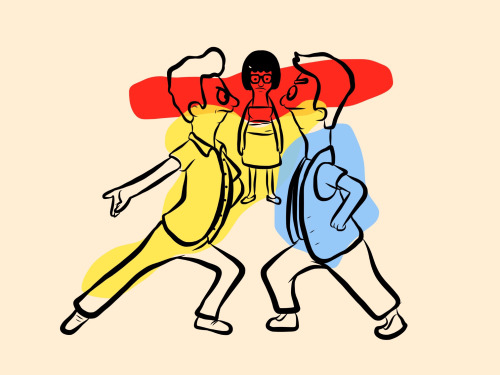 That’s right, we have a dance off.

Inspired by the unanimously loved show of our household, Bob’s Burgers, when all he’ll breaks loose we get up and dance until it’s forgotten. When we saw the Pride Parade this year, Nora told me, “Look, now they’re happy!” I wasn’t clear about the “now” until I remembered our tradition. It brought a tear to my eye.

She sees dancing as a resolution of conflict, “now they’re happy”.

Replace all guns with dildos, tasers with bullhorns, night sticks with confetti, handcuffs with hula hoops and turn up the disco.
The party that the profiteers of the gun industry are throwing has been over so long that the keg is tapped and the mascara is running faster than your constituents. Children can point out to you how disgusting and illogical your beliefs are.
Chris Rock once joked to price bullets at 5k a piece. That way you KNOW that person is angry because they had to put the bullets on lay-away. As preposterous as that might sound, why not?

Why are bullets cheaper than birth control?

Why are they sold out in the open and breast pumps are locked behind glass?

Why are cops not given cash incentives for having a clean record of not dispersing their weapon?

Isn’t the goal of the police is to protect those they serve above all else? Then why is the first justification self-defense when they’re drawing on unarmed citizens?

When will those of us that feel untouchable from events like these realize that our willful denial is silent complicitness?

Ask yourself the next time you skip over an article about gun violence, shootings, police brutality, or bombings – why? Does it hurt too much? Depress you too much? Trigger your anxiety?

Or is it a reminder that the battle over equality isn’t over for any of us? That the body count could have included yourself or someone you love all to quench someone’s rage or agenda that could have been better served with a Mai Tai and some house music.

I know, in a perfect world we would all just have a dance off. Maybe then we could be safe.