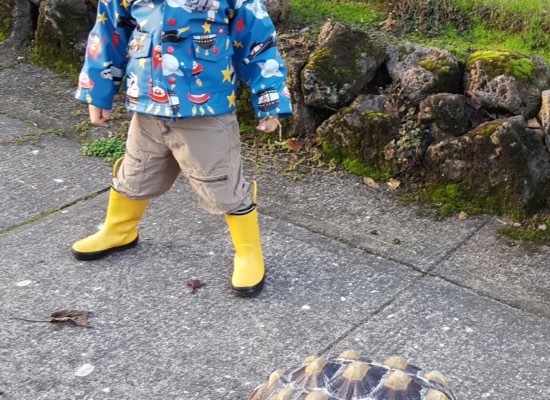 My husband, Jamie, is meticulous and cautious by nature and trade. He spends his days as an engineer and prides himself on being thorough, accurate, and heading off trouble. Then there’s his play time with Owen.

Owen has no sense of fear. He’ll jump from anything and run head long without sensing any imminent danger or potholes or dog poop or moving cars or – you get the idea. So horse play with him needs to be in an area that’s clear of tripping hazards, glassware, pointed objects, sharp corners, anything valuable and preferably padded. Yet between the two of them every impromptu game ends in Owen injuring himself in SNL-worthy pratfalls.
Papa comes up with fun games like let’s doh-see-doh until you’re ready to puke and I’ll set you loose to run face-first into a baby gate. Oh the irony of injuring yourself on safety equipment. 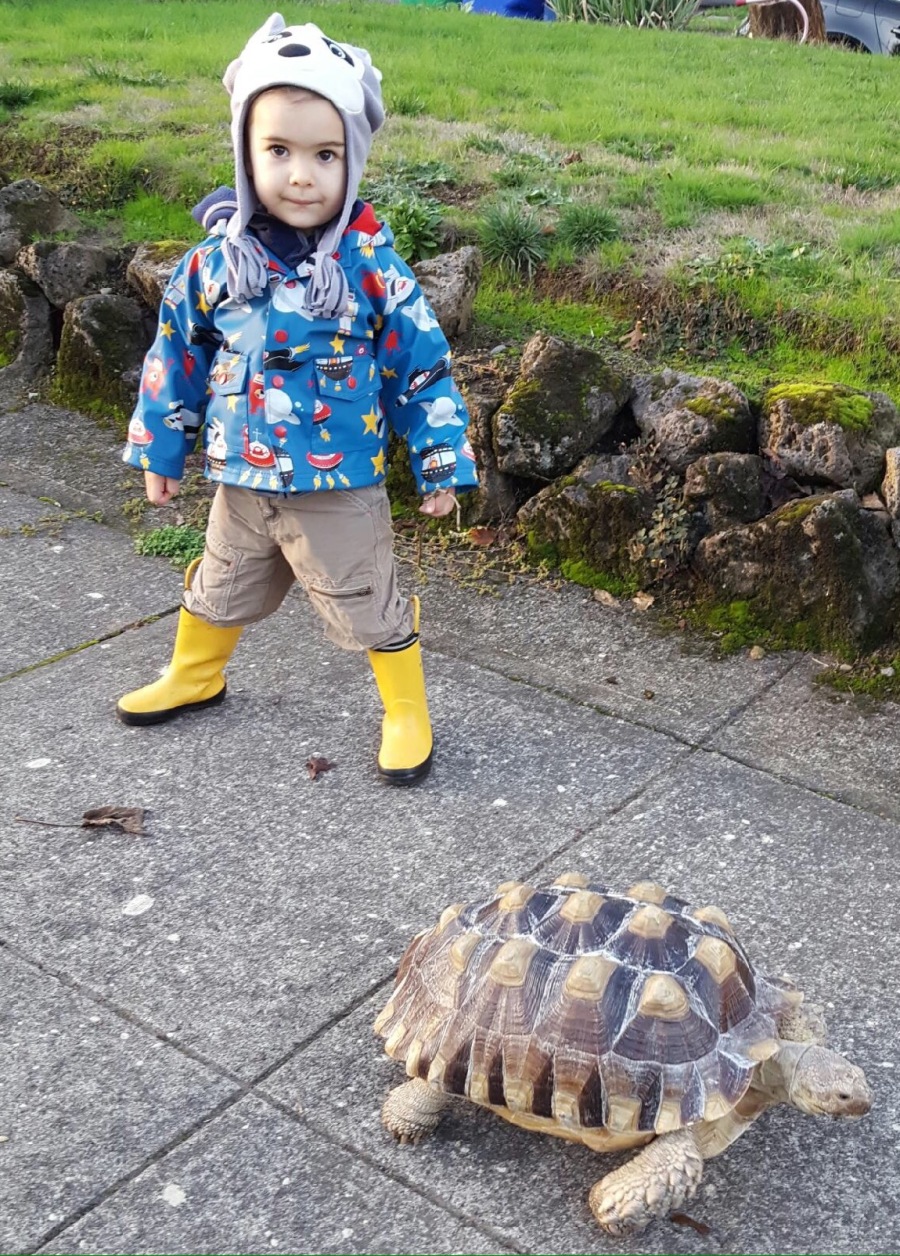 Don’t ask why there’s a tortoise. Ask what Owen plans on doing to the tortoise.
Then there’s Owen’s dog like impulses. If you put something on his head he doesn’t necessarily swat it off but runs quickly to make it fall off. Jamie came up with the fun game of putting his dirty laundry on his son’s head. Owen ran screaming, blinded by a pitted out t-shirt, directly into a dresser. I can’t say I blame him. I might have ran into traffic given what he was trying to outrun.

There’s the lesser games to, let’s-shake-you-into-your-pants, this one ends either with maniacal laughter that leads to a later injury or a full face plant into the floor. Or wheelies on his tricycle, wheelbarrow crawling off of furniture, swinging by his ankles, and tickle fests after eating or just before bed so he runs into the wall like a short circuiting wind-up toy.

For once I’m the wet blanket, the worrier, the naysayer. I don’t like this new role. It suits me like skinny jeans, not at all. It’s no wonder he scales the baby gate crying out “dada!” I’m that awful woman who keeps him out of the ER, except for that one time… but baby teeth fall out eventually and he likes to wear hats.