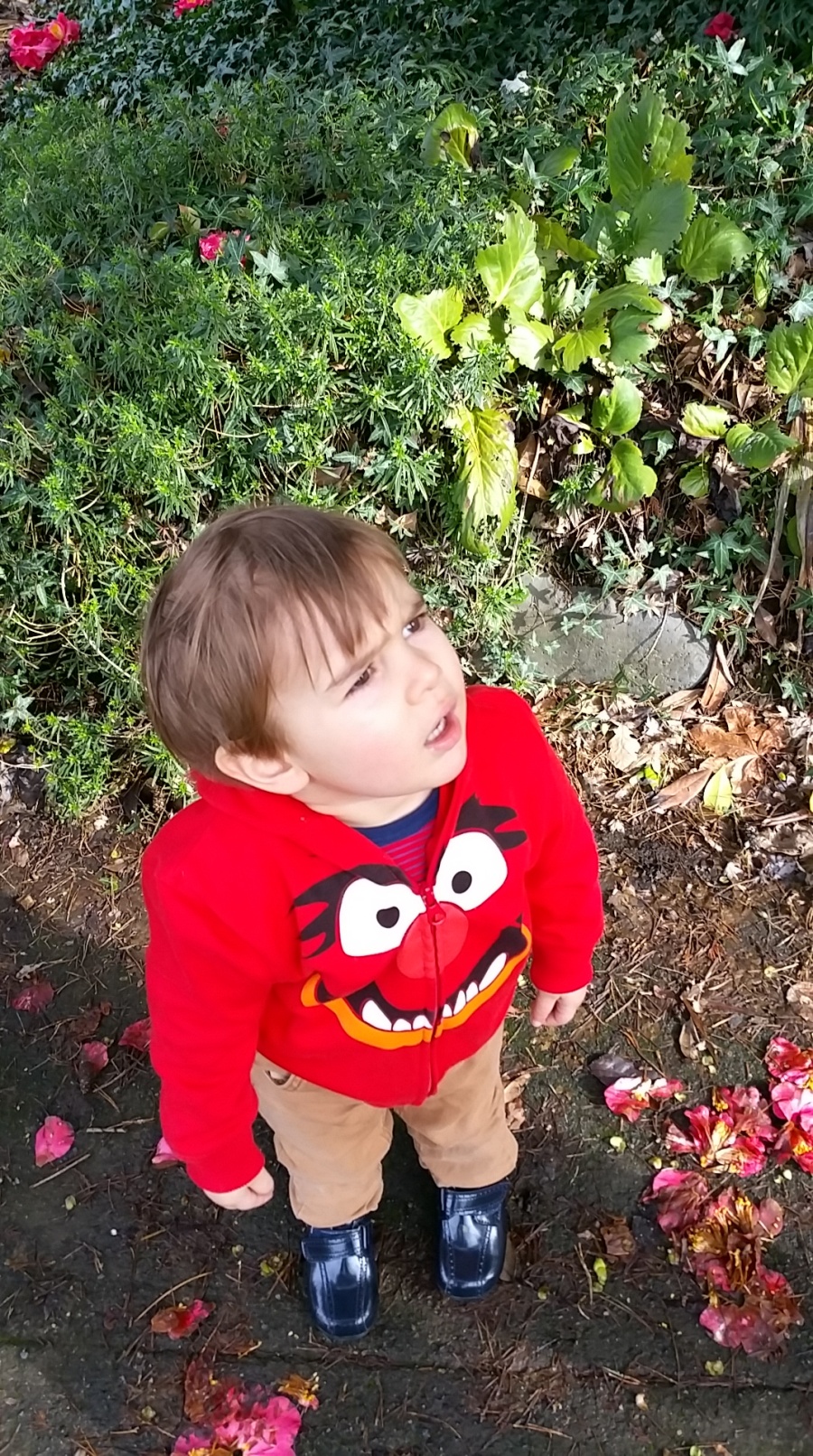 They meant to be uplifting in their message, they meant to give people hope, to show that it isn’t that bad. At least I think so but I had trouble reading it as Owen was busy pulling a skintag off of my neck at the time and I began to bleed everywhere.

This article pissed me off so bad I started ranting and raving to myself until I had a headache so now I share with you my version. Because, yes, two year olds ARE terrible and there is a LOT that’s terrible about them. (But I’m his mother so I can say it about him and not you. Yeah, I mean you, you nosy neighbor who asked if he was “delayed” when he was eating bugs.) 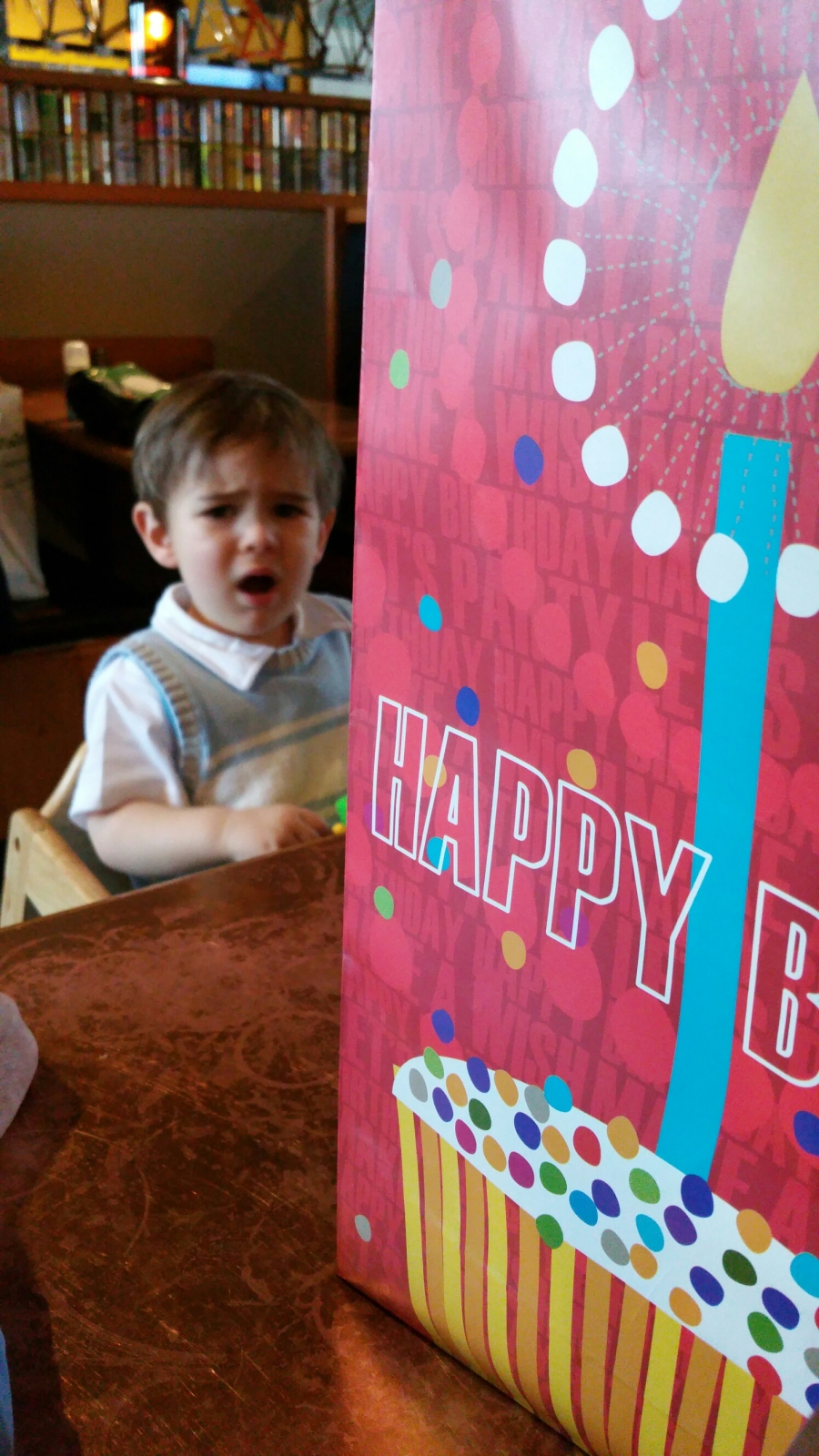 They meant to reassure parents but I felt judged, guilt tripped, and, worst of all, minimized in my mental and physical anguish of daily parenting the unpredictable chimp that is our son.

Owen thinks he has the force. He moans at a high pitch and grabs towards the object, no matter how far away, without letting up until you comply with his demands. 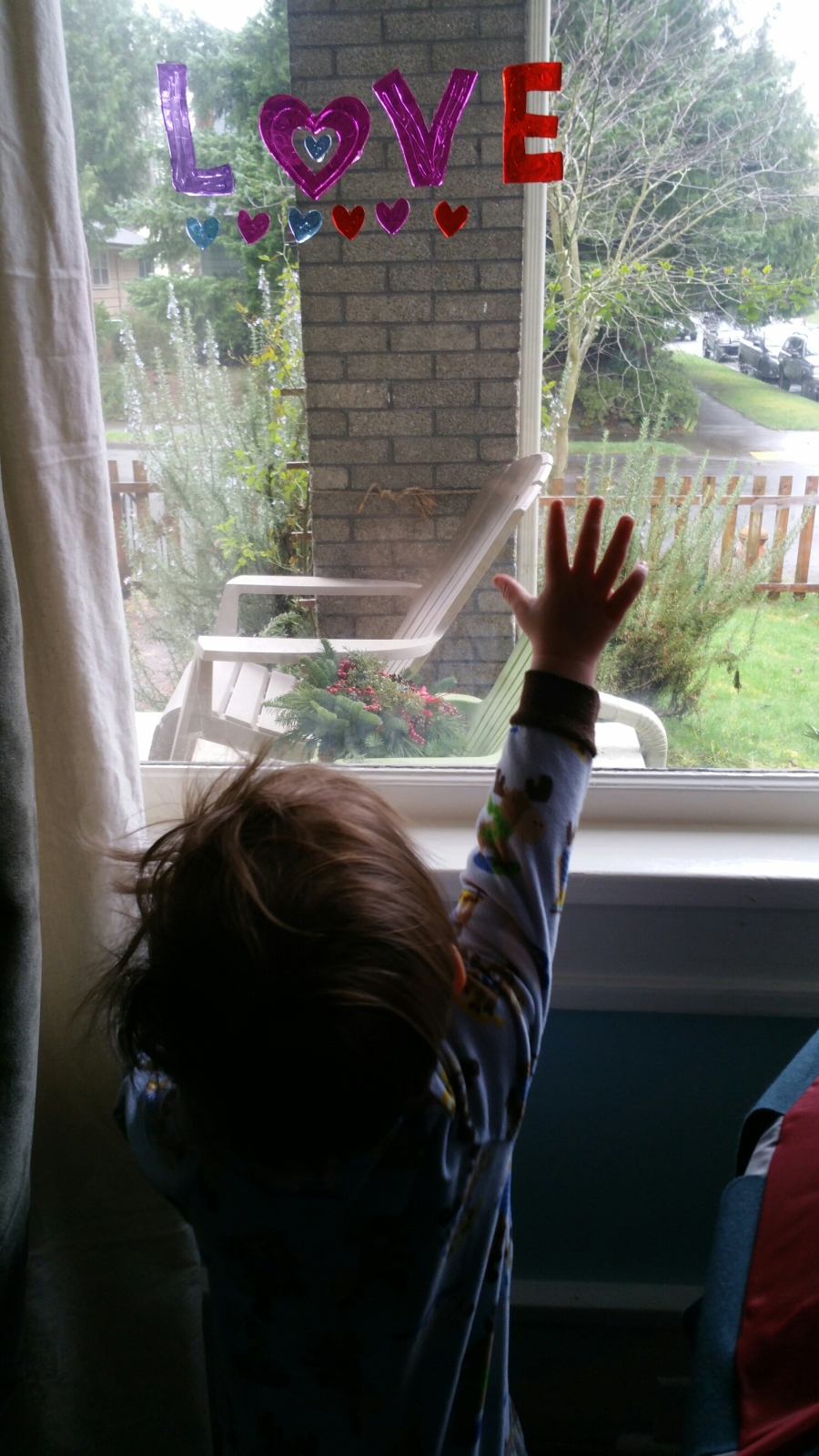 Dude, you’re no Jedi and I’m more stubborn than you are annoying. Besides, I control the food AND the remotes so take that.

Breasts. They’re my breasts and I don’t want them scratched, pinched, headbutted, growled at, or used for a makeshift tv tray to hold your crayons or puffs.

Penises. They are attached. Please stop trying to remove yours and, when it hurts, it’s not my fault. Except for the unfortunate diaper change incident in the back of the Honda. That one was on me, literally, since my purse accidentally swung off my hip and bonked you. My bad.

Windows. They’re meant for looking through to view the world outside. What they are not meant for is climbing, operating racetracks, chewing on, or headbutting. I gather licking them feels heavenly to you but please don’t take offense when people notice, smile, and wave. You scared that poor elderly woman when you growled at her and attempted to scale the glass to attack her. I get it, no one likes to be teased.

Hot beverages. Yeah, it hurts when you punch them.

Doors. They close. Please stop yelling at us when we close one.

Strollers. Yes, they are evil incarnate, I get it, but you have to ride in one since you bolt from me to try and ride poor strangers’ dogs, children, and enter their houses. I’m torn between whether you were a dog in a past life or Viking since you seem determined to eat or battle anything you encounter.

Fingernails, they grow back and, in your case, need to be trimmed every two days unless I want to start investing in bioengineering labs that can make me at-home kits for skin grafts. I know you find it soothing to choke me out or gouge my skin to fall asleep but, surprisingly, I don’t.

Sleep. Yes, you think you’re missing out on something and we’re punishing you. The irony of course is that we’re being punished with sleep deprivation and you miss out on more fun when we’re so tired that it would be criminal to drive you anywhere. We all suffer in the competition of sleep deprivation and there are no winners.

There’s something terrible about every age and phase but the beauty is that it ends, it changes, and, no matter what, they always have a moment out of every day that keeps you from eating them. Like this moment. 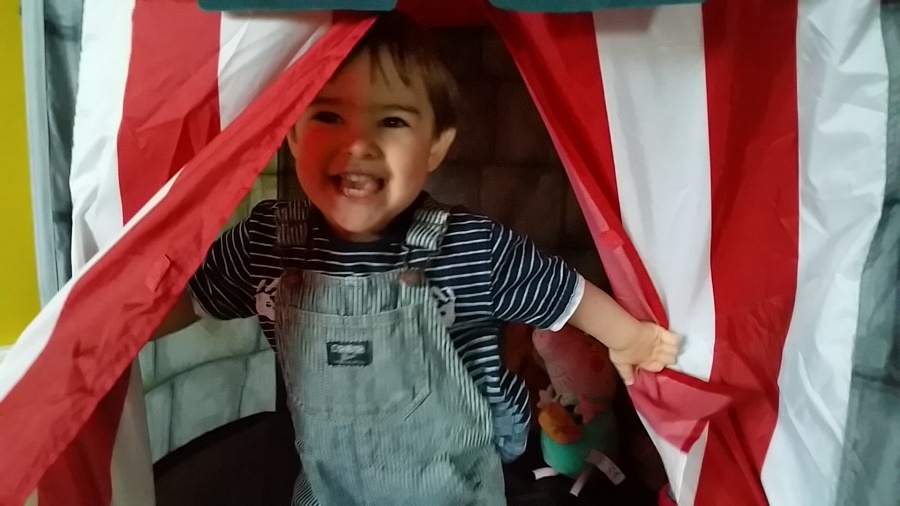 But don’t tell me, or anyone else, it isn’t terrible because it sucks and trying to make people feel guilty for their frustration is like lying to your kid about shots. Yes, it is going to hurt but not for long.