He posed for a photo radiating pride for himself that can only be eclipsed by our own for him. 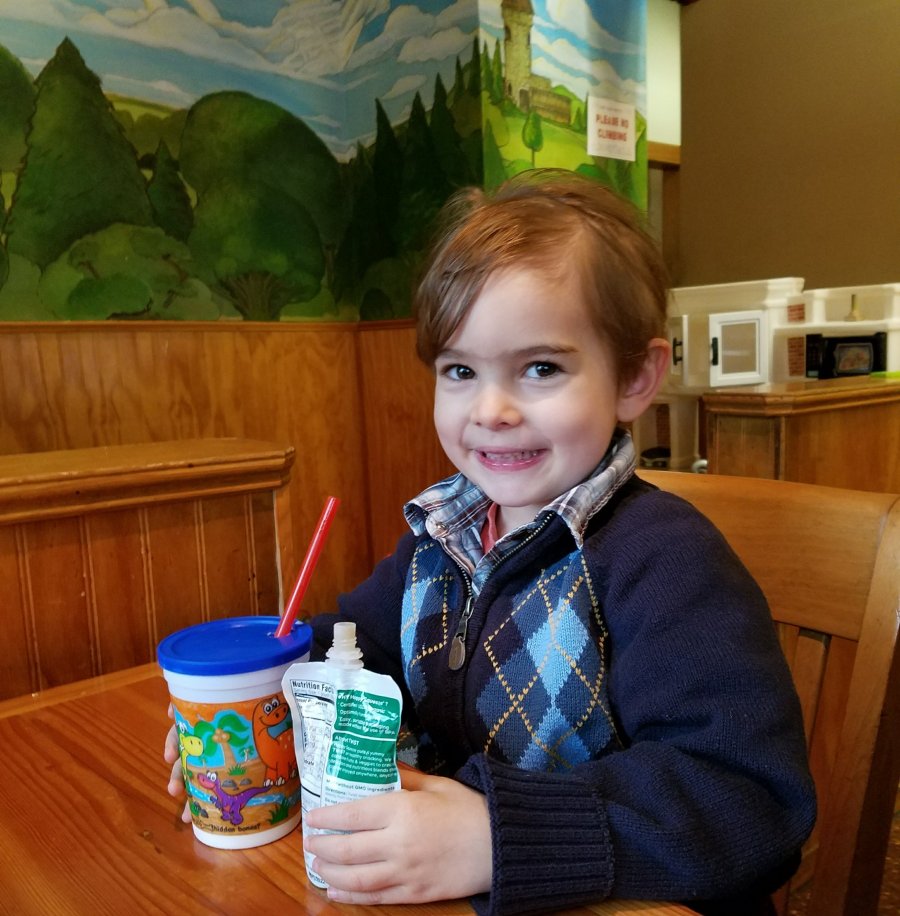 Owen posing and saying “cheese”, asking for his photo to be taken, a simple action with so much meaning after these first three years of his life. Most might underestimate how unusual this is or the photo itself, or how important it is to us, but it will be one of my favorites. Because that was the day Owen was accepted into a special education program. That was the day we saw a turning point in him.

This is a boy who has been asking for school, and wanting to be with his sister at her school yet they would not admit him and conventional, private preschools and day cares are not staffed or equipped to support him. So I called the well-intentioned services and they listened, suggested what I already knew, I listened and politely thanked them, and that lead to more phone calls and no practical help. Just more phone calls that lead back to the first call I started with and yet I kept trying.

I made those pointless phone calls, begged the neighborhood school and the administration, spent sleepless nights researching via the internet and worrying (a favorite global pastime of moms), sat through meetings, appealed for a word of help from therapists and doctors. It was the same futile process I had been through every day for over a year. The names and faces changed with every trade of his file like a bad unannounced recast of a sitcom. The storyline didn’t change nor the canned responses. Only the defeated laugh track in my head every time I felt like giving up.

And, in a way, I did give up. I accepted our circumstances yet stopped trying to behave as if I was coping well when I was not. I started openly sharing, with anyone willing to listen, about our challenges in hopes of them having a suggestion or an offer of hope to help us. Yet I was met with more questions and no answers.

Then suddenly, these past two weeks, things began to change. We introduced new practices and hoped that he was gaining new skills. Small signs of him engaging with us and the world around him. His language skills blossomed into complex sentences. His sleep improved from waking at 3 a.m. to 5 a.m. Yet the defiance, the elopement, the aggression persisted but he would now actively calm himself. We could attempt, and sometimes successfully, reason with him.

Yet the changes I had been waiting for weren’t just his but my own. I changed. I tried to emulate the actions of the new Anat Baniel practitioner. Slowing my movements, petting and massaging him while I spoke with him, speaking less when he was escalating based on the Behavioral Consultant’s advice, and I began giving him more freedom.

Some might attribute the changes to a naturally occurring cognitive shift with age. Yet the changes were sudden and our shock became a daily occurrence. His food aversions lessened. He began playing with his sister more, seeking her interaction, speaking to her in simple conversations, eating foods he never had interest in before (raw pears and apples), playing with Play-Doh and Lincoln Logs.

He was clearly working to adapt and ready for school as well. He just needed a chance. Our other neighborhood school came to the rescue, thanks to our Early Education Specialist, after months of pushing for support we were able to get the school to agree to place him.

It feels as if we’re just now reaching a balance in his life for him and I hold my breath hoping he’s happy and healthy, hoping his aggressive outbursts abate, holding my arms out to him when he runs to me yet internally flinching at what I might receive. All the while others compare him to their kids and are in disbelief of his struggles and ours.

Autism isn’t obvious at times. It’s the child who falls apart once they’re at home. It’s the one that disappears suddenly from a birthday party because their parents are heading off the impending meltdown. It’s the child that hides from the others. It’s also the mother who hides the wounds inflicted on her by her autistic child but I refuse to hide such things any longer.

I’ll say it, before having my kids, I didn’t understand that parents have to fight for services for the kids with special needs. That special education is an achievement in itself to receive and that it’s worth fighting for. A privilege and right, not a sentence or burden.

I was naive and ignorant of all the ramifications of your child having special needs beyond additional care that I didn’t need to give much thought to. The learning curve has been a leap off a steep cliff. I still take those leaps, every day, and hope that I make the best decisions for him. Never knowing, like any parent, if it’s the right one.

His new teacher sent me a photo of his cubby she had setup for him. In the photo there’s a bookbag on a hook for him, a box for his supplies, and the photo of him smiling at me saying “cheese” taped to the box. I began to cry. Not just because of her kindness in sending me the text but the reality of him truly moving on from being a toddler. My baby wasn’t one any longer. I was overwhelmed with grief of that chapter ending, joy at the respite, guilt over not enjoying my time at home with him as much as I wished for, anxiety over placing him in special education, and pride. How amazing and unpredictable he is in his sweetness and intelligence.

Nora looked up from quietly playing with Play-Doh alongside Owen and ran to bring me a tissue. I thanked her, hugged her, and laughed as she patted me and declared, “I need to pee.”

She sped into the bathroom and I bemusedly watched her as she passed Owen. I smiled at him and returned to my book when I heard him ask, “Are you ok, mama? Are you crying, mama? Are you sad?”

I gasped in shock and began to cry again. He looked startled and I asked, “Can I have a hug?”

He ran to me and embraced me where I sat and cooed in my arms. He wriggled around to look at my face with his eyes squeezed partially shut in a squint, his way of dampening the overload of eye contact to his senses, and studied me. “No more do that,” he said as he reached up to touch my tears and poked me gently in the eyes.